Why are teenagers unable to wake up in the morning? 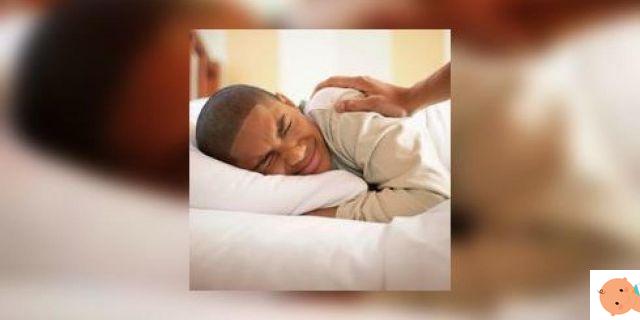 Why can't guys wake up in the morning?

That of the Wake-up calls for many teenagers it is a real daily nightmare. Puffy eyes, heavy legs, a head that does not want to break away from the soft embrace of the pillow: the awakening of a teenager is stuff for strong hearts, especially if a school day awaits him. But how come our boys they struggle so hard to get up in the morning? The answer is not so obvious ...

The enemy habits of rest

Sleep is an essential component for a healthy and active life, but for many young people, it is well known, that rest is seen as a waste of time, a missed opportunity during which a lot of things could have been done: there are those who chat with friends until late, those who get lost in their favorite series and even those who prefer to study late at night so as not to be disturbed and / or being able to do other things during the day. The result, however, is always the same: few hours of sleep - often also disturbed and not continued - and traumatic wake up the next morning.

In fact, daily habits mess up both the time and the quality of rest, so much so that to help children wake up early (and better), it is often enough simply review some aspect of their routine, avoiding (or reducing) certain behaviors:

Of course, in addition to similar habits, i environmental and social factors they can make it more difficult to fall asleep and, consequently, to wake up in the morning: family difficulties, sentimental problems or school troubles are common elements in the life of a teenager, and therefore inevitably end up influencing his rest as well.

It is hard to wake up: it is also a question of the brain

However, the tendentially hectic and hyper-connected life of a teenager is not the only suspect to whom sleep-related problems are attributed. Another certain component is in fact to be found in the physiological implications due toage of development, since the hormonal changes typical of adolescence often "upset" the circadian rhythm of young people.

«During puberty - wrote Eveline Crone, author of the book In the head of adolescents. Our kids explained through the study of their brain (Feltrinellli; 2022) - the organism always releases later melatonin, a hormone that in the evening is produced by the epiphysis, a gland located at the base of the brain. Melatonin has the function of inducing drowsiness and regulating the sleep-wake cycle ».

This means that although teens' nighttime habits end up accentuating it, their brains are there already prepared to fall asleep later.

Read also: How to handle a conflicted teenager

Since a teenager should sleep at least eight hours (ideally it would be eight to ten hours), a parent can promote sleep by helping him to adopt more correct behaviors, perhaps agreeing some together gradual changes in the daily routine. After all, a teenager is not a small child who can easily be forced to sleep at nine in the evening.

To make it easier to get up in the morning, therefore, you could:

Read also: Precocious puberty: what it is and what it entails TAG:
Why are children sometimes ruthless? ❯

add a comment of Why are teenagers unable to wake up in the morning?