Why avoid the game of "fly, fly": painful pronation 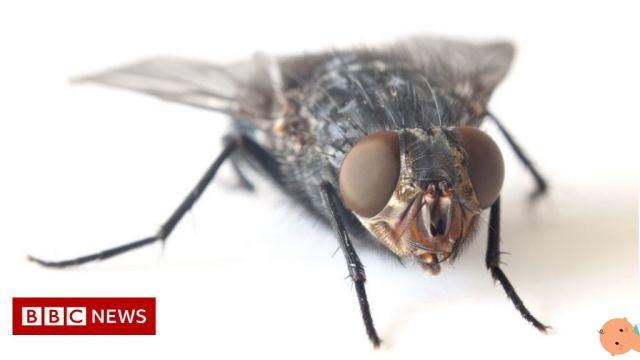 From birth, but in reality already during the nine months that precede it, and up to the age of 18-20, the human being is subjected to constant changes. The internal organs, the nervous system, the musculoskeletal system (bones, ligaments, muscles, tendons) are constantly developing. The bones are not yet fully formed, the ligaments are particularly loose, muscles and tendons have yet to reach their full length.

And so our children look like soft dolls capable of doing stunts that would be impossible for us, for example they put their toes in their mouths with extreme agility. It is said that are "rubber", in reality they are simply growing, and over time their bodies will adapt to different age groups.

As we get older and the more infantile phase ends, the risk of falling, also due to instability or unbridled play, decreases and the body begins to structure itself in a different way. While it is true that this incomplete development can be useful in avoiding major physical trauma, on the other hand it is also true that at times it could become the cause of some minor injury.

Read also: When children's hands are truly ready to write

There is a pathology that is more widespread than imagined, but it is not as well known, except among professionals.

And the painful pronation, otherwise known as radial head subluxation or sympathetically as "nurse's elbow". And it is precisely from this last way of defining it that I would like to begin to explain what it is about. In the past, children were educated by the nurse, so this accident often happened in her presence during nursing.

Who knows how many times you have happened to do the game of "fly fly" with your little ones, which consists of making your baby jump by pulling him up by the arms during a normal walk. It is a simple game, which children really like. Before becoming a physiotherapist I liked it a lot too, I remember that my grandparents often made me do it when I was little.

Or it can happen to pull the children by the arm to avoid them a danger, a crossing, a fall. Well, it is good to know that this traction of the upper limb, performed holding the children by the hand or wrist, could make you money a trip to the emergency room, or to the pediatrician.

Il elbow in fact it is a joint composed of three long bones:

The portion of the radius closest to the joint, the capital, is held close to the ulna by the annular ligament.


La traction of the limb while the elbow is extended and the forearm pronated, that is, with the palm of the hand looking inwards, or backwards, it can cause the radial head to pass under the annular ligament, which when small is much weaker and thinner than when you are an adult, coming out of its anatomical seat.
Unfortunately, this subluxation causes the child pain. Furthermore, the arm will be helpless along the body, pronated and with the elbow probably flexed. Hence the name of "painful pronation".   Your child will likely be frightened of both the pain and the inability to move the arm normally, but it is good that keep calm and calm him down. Read also: Moving around the house: the advice of the Istituto Superiore di Sanità for all age groups

Painful pronation, what to do

It is important that you absolutely do not try any maneuvers to fix it; simply call your pediatrician or go directly to the emergency room, where the doctor, not necessarily an orthopedist, will immediately recognize the pathology and will perform a maneuver to bring the dislocation back. If deemed appropriate, an x-ray will be taken to rule out the possibility of fractures.

Various maneuvers to reduce dislocation are described in the literature, but the most common are two:

In any case, without going into details, it will only take a few seconds for everything to return to its original place and the child will start using the arm again exactly as if nothing had happened.

My advice is to ask the doctor who will perform the maneuver leave the little one sitting on your lap: the doctor will not be an obstacle, it will be easier for your child to calm down.

Painful pronation affects children including between one and five years, in a third of cases it could even relapse, but it does not have any consequences for the future.

An epidemiological study of 2022 conducted on 1228 cases showed that the average age of onset of the disease is 28,6 months. Females are more prone than males and the left arm is injured more often than the right. Most of the patients studied were above the 75th percentile weight and more than a quarter above the 95th percentile.

Painful pronation, better to avoid the game of "fly, fly"

In conclusion, although this childhood problem is not serious and is easily correctable, it can be said that it is not rare at all. I firmly believe that awareness makes people more alert and it is this belief of mine that drives me to write this article.

Indeed, all the people who look after the little ones should know that the child's upper limb must never be pulled, neither for fun nor for any other reason.

I highly recommend to avoid the game of "fly fly" as much as I understand it is fun.

In any case, I always tell parents not to get overwhelmed by anxiety and excessive worry. Being aware is needed to be ready to face situations in the best possible way or even to avoid them.

Should painful pronation occur, keep calm, first of all so as not to exacerbate the fear of your child, e go to the emergency room. In a short time you will forget the unpleasant happened and you will happily return to the game.

On the author of the article, Luca Zecchini

Read also: How to prevent colds in children? Useful tips to avoid it TAG:
Why are teenagers unable to wake up in the morning? ❯

add a comment of Why avoid the game of "fly, fly": painful pronation