Why babies have to go to bed early 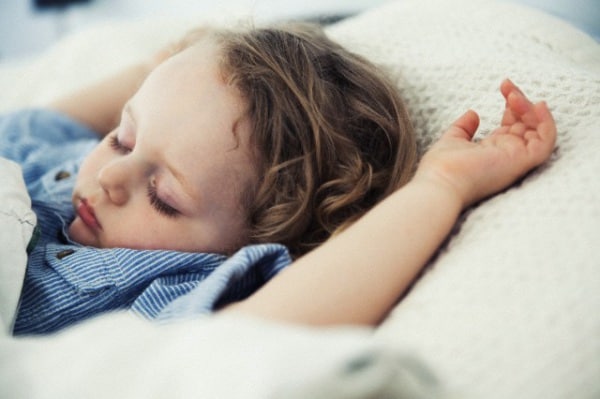 Regular sleep and the right hours of sleep are essential for the balanced and peaceful development of the child, they help keep behavior problems and being overweight at bay. This is what emerges from some recent studies published in the Pediatrics journal.

Those who sleep little are more at risk of behavioral disturbances

The first study, conducted on over 10 children by Yvonne Kelly of University College London, in the journal Pediatrics, shows that early childhood is a critical period for brain development and that sleep has a huge impact on development. "We looked at the times children went to bed at three stages of infancy, that is, at age 3, 5 and 7," Kelly explains - and found that, at all these ages, going to sleeping at irregular times is linked to behavioral difficulties.


We have seen that these effects add up to each other during childhood in the sense that children who go to bed at disordered times at 3, 5 and 7 years have worse behavioral disorders than children who have irregular rhythms only at 3 and 5 years or just 3 years.

We also see that these effects are reversible - concludes Kelly - in the sense that children who switch from having irregular hours to regular hours show improvements in their behavior ”.

How long should babies sleep

1-2 months: from 10,5 to 18 hours distributed in the 24 hours in an irregular way (the periods of sleep can last a few minutes, like several hours).

From 6 months: babies start sleeping 9-12 hours a night and take several (1 to 4) naps during the day which can last from 30 minutes to 2 hours. The frequency of daytime naps decreases towards one year of age

From 5 years most children no longer take an afternoon nap

Another study, by Chantelle Hart of the Center for Obesity Research and Education (CORE) at Temple University, also published in Pediatrics, he is the first to directly and concretely demonstrate the effect of sleep on nutrition, an association that has been known for some time. In fact, there are many studies that show that lack of sleep hurts the figure, leads to eating more and worse, feeding the deso of carbohydrates and junk food. Since today's children, cramped by a thousand commitments even after school and surrounded by PCs, TVs and mobile phones, tend to sleep less and less, US pediatricians wanted to see if there was the possibility of achieving weight loss and a reduction in daily caloric intake. manipulating the sleep hours of a group of children over three weeks.

In these days, the results of the Mass General Hospital for Children, in the USA, published in the Pediatrics magazine, were also disclosed. The scholars, in one of the largest investigations carried out on the theme of sleep and childhood obesity, have in fact verified that children who sleep little from early childhood, already at school age, begin to have weight problems, which can then continue into adolescence and adulthood.

To reach this conclusion, data from Project Viva, a long-term research on health during pregnancy and after birth dedicated to mothers and children, was analyzed. The project included face-to-face interviews with mothers at six months, three years and seven years of the child's life and questionnaires to be filled out at one, two, four, five and six years. Among the questions also asked some about how much the children slept, considered a predetermined range that included just under 12 hours of sleep from six months to two years of life, just under 10 from three to five years and about nine between five and seven years.

According to what their mothers reported, the children were assigned a "sleep score", which was related to the results of some tests, aimed at measuring the body mass index (BMI) and cardio-metabolic health. .

The results showed that the children with obesity and localized adiposity especially in the abdomen, the most dangerous for health, were those who slept less and this correlation was not stronger in some particular phases of growth, but it was constant, a meaning that there is no more critical age than others but sleep deprivation always puts the little ones at risk.