Why dads are important in preventing eating disorders in their daughters 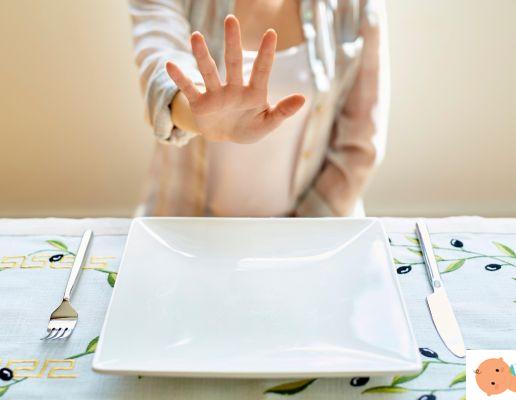 The relationship of the daughters with the father counts to prevent eating disorders. In fact, a link between emotionally little present fathers and bulimia, that is the uncontrolled need to ingest food, followed by feelings of guilt and self-induced vomiting, would have been demonstrated. But also a link between an overly intrusive and protective father and anorexia, which manifests itself in the refusal of food and one's body.

This is what is supported by an Australian research, presented yesterday at the International Mental Health Conference in Surfers Paradise, by psychologist John Toussaint of Charles Sturt University. (Also Read: Fathers of Daughters, 15 Things You Absolutely Must Know)


According to the research, which looked at a sample of women with eating disorders, 42% of patients had an overprotective father, while 36% had a distant father. Only one in five described their father as a loving and supportive parent. In short, to be a point of reference.

A bad relationship with dad "is associated with symptoms of the daughters' eating and depressive disorders," Toussaint said. "Dads play an important role". (see also: 4 tips to prevent anorexia and bulimia)

However, family and stress are not the only causes of anorexia and bulimia

But Stephen Touyz, an expert in eating disorders at Sydney University, retorted by saying that it is an exaggeration to argue that fathers are responsible for their daughters' eating disorders. Touyz specified that those suffering from anorexia have a particular gene that makes them vulnerable to this disorder. Stress and eating behaviors can trigger disease in carriers of the gene. Bulimia has also been shown to have a genetic link to depression.


"There is no doubt that problems and stress in the family can contribute to an increase in the number of people suffering from eating disorders, but they are not the only cause," specifies Touyz.

See also the video: the role of the father with the daughters

The 25 Most Influential Teenagers in the World, According to the Times

The age of adolescence is a critical age. But it is also an age where you have energy to spare. Some teenagers, from different places ...

TAG:
Why is Candlemas celebrated on February 2? ❯