Why do children like Rovazzi, Fedez and Gabbani so much? 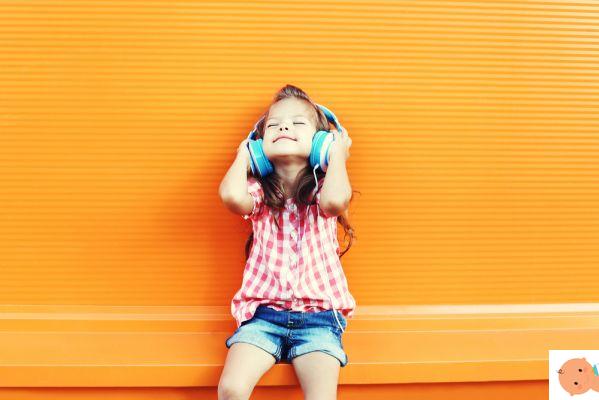 "With the tractor on the ring road we go to command". How many times have we heard this refrain sung by our children? If many of us anxiously waited for the afternoon to turn on the TV and listen to the theme songs of our favorite cartoons, from "Kiss me Licia" to "Mila e Shiro", our children seem to enjoy other genres of music.

The songs of Fabio Rovazzi, Fedez and Francesco Gabbani they have especially conquered the little ones. For a year now our children have been dancing imitating Gabbani's monkey at the Sanremo festival and they learn by heart texts with words they cannot understand, such as the "selfie moved at the Gué Pequeno" in Rovazzi or "the bow tie by Vouitton" by Fedez and J- Ax.


With the car of Jacopo Tomatis, professor of Popular Music at the DAMS of the University of Turin, we tried to understand the reasons for the unexpected success of these singers among children and preteens.

Read also: Music and children, 10 tips for parents to start their children

"I have often compared myself with my university students because it is a difficult phenomenon to understand," explains Tomatis. «Rovazzi, Fedez and Gabbani all sing catchy and danceable songs, but they are very different artists. Rovazzi was born as a videomaker on Youtube and is the spokesperson for a hybrid genre close to contemporary electronic music. Fedez is a character linked to television entertainment and classic rap. Gabbani, on the other hand, achieved success thanks to the Sanremo festival. The interesting thing is that they are liked by the same audience made up of children and preteens ».

«Today there are hybrid methods of diffusion. Cartoon music from twenty years ago was obvious to children. In the Years' 90 there wasn't much choice: the TV offered that kind of entertainment. Or you would turn on the radio and listen to the songs of the 883, which represented an important generational phenomenon for pre-adolescents. Today we are faced with one enjoyment of music very different than in the past. Rovazzi it comes from Youtube and only landed on the radio after having had success through non-traditional channels ».

Less surprising is the success of Gabbani among the little ones. «His song" Occidentale's Karma "follows a plot that we know. The melody is danceable and the words are easily memorized. It sounds like a nursery rhyme. He arrived in prime time on Rai and from the next day it was impossible not to hear his song on the radio. The case of Fedez. The latter is transversal: it is very present on TV but also on social networks ».

For a child the important thing is the pace. «Rovazzi's songs are understandable only to those who know well the world of social media. They contain a series of references and riferimenti on Facebook o ai Youtubers that escape those who are not inside this virtual reality. The same can be said for Fedez's music. Our children don't know what “Gué Pequeno-style selfies” are, as the generation born in the 80s and raised in the 90s sang “They killed Spider-Man” without understanding much of the piece and crippling some verses. For us they were just words and not meanings. It is true that Rovazzi's songs are aimed at a social audience, but children like them they do not have a precise understanding of what they are singing».

How music reaches our children

But how does this music reach our children's ears? "The brothers and sisters greater may be the means through which children come into contact with these songs: Rovazzi is not aimed at an audience of thirty but at teenagers, in fact many parents learn these songs from their children ».

It is not excluded that children can listen to Rovazzi's "Tutto molto interesting" or "Favor the sentiments" by Fedez. quite randomly. «Youtube's automatic recommendation mechanism tends to reward and suggest similar videos that have many views. It is an amplifier of phenomena. If the greats listen to music through automatic use on Youtube, sooner or later the most successful songs will arrive: this could be another hypothesis ».

In any case, there is no need to worry. “There is a tendency to demonize the fact that children sing these kinds of songs. It is true that in some cases it takes parental control because some contents can be problematic and must be explained and listened to together, but let's remember that the text has no interest whatsoever for a child. The new generations have a fruition of schizophrenic music: they pass from Youtube to Spotify to get to the radio. Those born in this context will develop different listening strategies, simply new compared to those we know ».

TAG:
Why you should write "THANK YOU" more often ❯