Why does the baby kick in the belly? 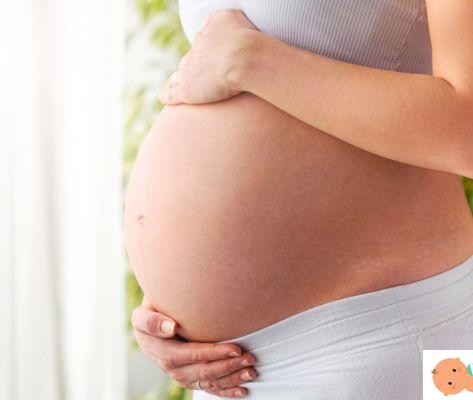 The kicks launched by the fetus inside the uterus are the clearest and most tangible signal of the new life that is being born, but why does the child feel the need to kick inside the belly? The answer is simpler than you might think ...

Why does the baby kick in the belly?

Many think that the baby wrapped in the warm embrace of the mother's womb begins to move to "stretch" the developing limbs. In fact, this idea is not very far from the truth since the movements of the little one are used to change the position of the legs and arms but to help the body to develop bones, muscles and joints correctly.

Kicks in the belly, therefore, are necessary actions to shape an efficient skeletal and muscular structure, so much so that several studies have angered the lack of "reactivity" of the fetus with the onset of malformations and diseases such as hip dysplasia ol 'arthrogryposis, a multiple joint contracture that can impair joint development and mobility.

Not only that, kicking in the belly would help the baby to become aware of his own body, as the movements made in the third trimester of pregnancy allow the fetus to develop the areas of the brain intended for'processing of sensory inputs, thus establishing the type of perception that the unborn child will have of his own organism.

Read also: Is the character of the baby already seen in the baby bump?

Since when does the fetus start to move?

The image of the baby that is perceived from the outside thanks to the kicks that move the surface of the belly is associated with a rather advanced stage of pregnancy, when the maternal womb is already well evident. However the fetuses start kicking very early, already around the sixth week, but such movements are completely imperceptible, even for the mother.

In fact, the mother will begin to feel the baby's "evolutions" only around the twentieth week of pregnancy, although the period with the greatest probability of perceiving the first kicking goes from the sixteenth and twenty-fourth weeks.

Read also: Fetal movements: when they start, how to recognize them, when to worry

What to do if the baby does not kick?

All babies fidget in the belly - some can, some less - and it is not certain that few movements are indicative of a problem, also because sometimes it is the mothers who are unable to notice them. However the intensity variation of kicks and / or somersaults of the little one could represent an alarm bell, therefore it is important that the future mother learns to know the characteristics of her child's upheavals.

Therefore, if a relevant reduction of fetal movements - especially during the last weeks of pregnancy - it is always better to undergo a specialist check-up to monitor the situation and verify that everything is going the right way.

TAG:
Why the cell phone shouldn't be used as a babysitter: the risks ❯

add a comment of Why does the baby kick in the belly?