Why is Candlemas celebrated on February 2? 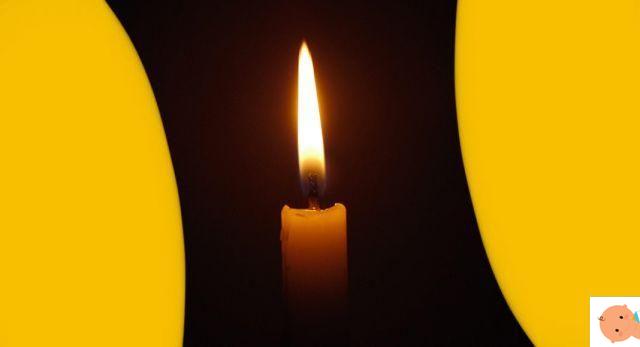 Explaining winter to children, its rituals and the periods of transition that characterize it has one more ally: the day of Candlemas. An anniversary that is celebrated on February 2nd to which a very beautiful and fascinating symbolism is linked, all played on light. The little ones (but also adults!) Who suffer from winter blues - or that strange melancholy that takes place after the summer and in the height of the cold season - will be fascinated by the traditions of Candlemas, the day that anticipates the festive period of Carnival and obviously that more subdued than Lent leading to Easter. But why is Candlemas celebrated on February 2nd? What other cultural and religious traditions is it linked to? Let's discover together the great symbolism that is associated with the day of Candlemas both from a Christian and a peasant point of view. In fact, the farmers used this day to understand what the months of February and March would be like in relation to their harvest.

Candlemas crafts to do with the children

Tealights, candles and much more. We offer you creative and quick Candlemas jobs to do with preschool and school age children

Why is the 2nd of February Candlemas?

Candlemas which is celebrated on February 2 is a tradition of Christian origin, traditionally celebrated by the Catholic Church. On this day we remember the presentation of Jesus in the Temple, episode told by the Gospel: the little Jesus is brought by his parents Joseph and Mary to the Temple, 40 days after his birth. February 2 is not a random day, because it falls exactly 40 days after December 25, which is Christmas day. Nor is it by chance that the other name of Candlemas is "purification of Mary": the 40 days of the puerperium are those in which, once upon a time, women were considered impure after childbirth, especially at the birth of a boy as in the case of the Madonna. The rite of the Temple, also for Mary, is therefore a purification rite from the event of childbirth itself and represents, in the Christian tradition, the passage from darkness to light.

Furthermore, the 40 days after Christmas that culminate with the Candelore on February 2 also close the festive celebrations: it is no coincidence that in many regions of the country the Christmas decorations are dismantled on this occasion and not on January 6, the day of 'Epiphany.

Candlemas also has a symbolic meaning, as well as a religious one: in pagan times, February was considered a month of limbo between one celebration and another. A month in which to purify oneself also in anticipation of the Carnival party. The candle and the light in this sense is a symbol of blessing, of getting out of the dark. A way to prepare for spring, for the summer and for the longer days it brings with it.

Many peasant beliefs related to time and harvest are also linked to Candlemas, partly in the wake of the days of the blackbird at the end of January. The most famous Candlemas proverb says:

but if it rains or the wind blows, winter still suffers

In fact, it is said that if the day of Candlemas is the rain and the wind to rule it, then the winter will last a long time. But if the weather is nice, then spring is already peeping out. A sort of oracle day that the peasants held in high regard, to understand what the harvest would be like. Today this aspect has less importance but the symbolism around the Candlemas festival remains strong, above all because it represents a watershed between the hardest winter season, Christmas and the first days of January and the season of milder temperatures, of days that get longer and of the serenity that only spring can bring to everyone's heart.

TAG:
Why does the child throw objects? 5 tips for parents ❯

add a comment of Why is Candlemas celebrated on February 2?