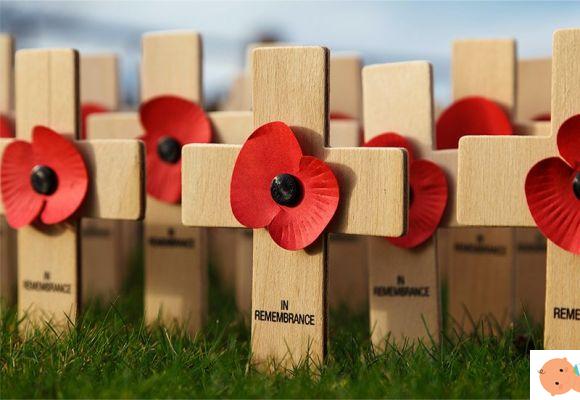 Talking about the Shoah today means above all telling memories, keeping them alive, never forgetting them. It is no coincidence that the Day of Remembrance, which occurs every year on January 27, has as its beating heart the memory of those who lived the horror of the Holocaust, in a series of testimonies that serve to tell the younger generations what it represented the Shoah for our century and what indelible stain it left on those who came after. Films and children's books have tried to explain, in understandable and delicate words, the deaths of millions of Jews in concentration camps: there are those who have tried turning the story into a sort of daydream (as in the Life is Beautiful of our local Roberto Benigni) and who, on the other hand, told the horror of that hecatomb both from a historical and visual point of view (this is the case of Schindler's List).

But why is it important to remember the Day of Remembrance, especially with the kids? What is its value and its meaning today in the light of social and economic changes and what can give the new generations the awareness of knowing deeply and with the right words those pages of history that have changed the world?

Read also: Why is January 27 the Day of Remembrance?

Why remember Remembrance Day with the kids

Often when we talk about the Shoah we use - rightly - the term horror. And the stories of the survivors, of those who managed to get out of concentration camps like Auschwitz alive, have never sweetened the truth. Talking about the Holocaust also and above all means talking about death. But not only that: also of hope. Of solidarity and mutual support. Of small communities that formed in the rooms of the concentration camps wanted by Hitler to purge the world of the corrupt race and bring out only the Aryan one. Talking about the Shoah means retracing the stories of those who brought what it was to us: from 6 years onwards, the story of the Day of Remembrance can start among the benches on the books and then wind up home, in a debate that parents , children and young people can and must feed. Because it is true that words like death, horror, fear, racial hatred are the cornerstones of this terrible piece of history but these are not the only values ​​that can be drawn from an important day like January 27th.

Shoah means to speak of hope

The hope of those who have never given up on believing that they would make it despite what they saw around. The survivors' tales like Liliana Segre, now a Senator for Life but once 75190 years old in a concentration camp, they focus a lot on this word. In her case, the fear of not being able to survive led her to turn it into a fantasy. In her stories about her when she was Auschwitz Serial Number XNUMX we read, between the lines, a great hope.

Also from the story of Liliana Segre, another important word comes out to be connected to the Shoah: "vita".

This life as a prisoner and slave began. I remember how we all cried in the first few days, but we chose life. We chose life immediately, we chose life, we wanted to live, we understood that we had to ban nostalgia and memories, we understood that, if we wanted to live, we had to not remember, because the present, at that moment, was absolutely tragic and the past was very sweet for each one. of us, and we could not have endured that present by remembering the past. If we wanted to choose life we ​​had to forbid any memory of the past, we had to put all our commitment and our strength to bear that reality in that place where we had arrived for the sole fault of being born.

There are many anniversaries that focus on solidarity and peace, but there are few as powerful as the Day of Remembrance to talk about equality, brotherhood, non-discrimination. The plan of Hitler and his followers, the entire Nazi apparatus, was based on blind hatred, which did not ask questions. It was pure execution of meaningless orders, which were nevertheless carried out with pride and perfection. Today, it is fundamental to young people to say that they should ask themselves questions - do and do many of them, so as to arrive at the right ones too, trying and making mistakes - is the basis for developing a critical conscience, a look at the world that is not only subject to what others want. Including parents. Talking about Nazism and what it caused also means this: seeking one's own individuality means not focusing on a single point of view, but expanding it. From this a river of important values ​​such as the tolerance, which must never be forgotten in order to live in balance with oneself and with others.

The podcast with the Nursery Rhyme for Holocaust Remembrance Day

Here you can listen and let children and young people listen to the podcast with a nursery rhyme by Mimmo Mòllica dedicated to the Day of Remembrance.

TAG:
Because it is important to greet the children before leaving ❯