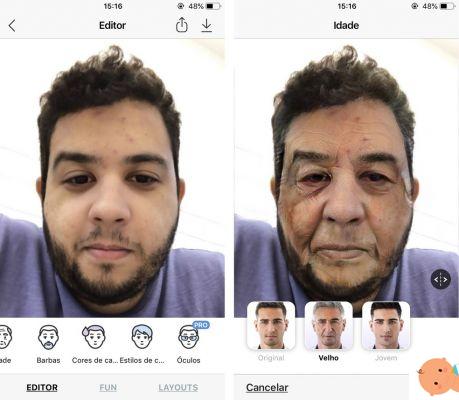 The old myths about the sex of the unborn child

The old myths about the sex of the unborn child are hard to die: despite numerous researches have disproved superstitions, they still resist in popular beliefs today. many of the "divination methods" used to guess if the baby will be a boy or a girl.

According to these beliefs, for example, if the belly is ball-shaped it is a male while it is a female if it looks like a watermelon; blue bow if the baby bump is low and pink bow if it is high; the unborn child is a boy even if the hair on the mother's body increases while there is no variation if it is a girl; it is female if during sleep you dream of males and vice versa.

And again, it is male if you want pickles, meat and cheeses and female if the deso is aimed at sweets and orange soda; the bow will be blue if the mother has colder feet and pink if there has been no variation; male if the skin is smooth and female if the pimples come, boy if you sleep on the left side and girl if on the right, male if the left breast is smaller than the right and female if not ... In short, everything and the opposite of everything.

According to a Canadian study: it depends on where the fetus is implanted

Some less empirical and more scientific methods to understand what the baby's sex will be, however, really exist. Even if it is more a probabilistic calculation than anything else, which therefore is not able to give an absolute certainty, for which clinical tests are necessary. According to a 2007 Canadian study, for example, it is enough to determine in what position is the fetus implanted: the research, conducted by Dr. Saad Ramzi Ismail on 5.376 women over a period of 10 years, has established that in 97% of cases if the implant takes place on the right side of the uterus it is a male, while the females are implanted on the left. Read also: male or female, do you want to know?

Read also: Does the lunar calendar affect childbirth and the sex of the baby?

Other studies: it depends on the season, on the temperature, on the father's job ...

Other authoritative studies, cited by the New Zealand magazine OHbaby !, have instead shown that more females are born in the spring, while in the warmer years more males come into the world; and again, that in the countries closest to the equator more females are born while the relationships are inverted as one climbs towards the Poles; that black men become fathers more easily than a girl while Asians are more likely to conceive a boy; that heavy smokers bring more females into the world. And, finally, that among marathon runners, fighter pilots, astronauts, farmers who use pesticides, naval carpenters and workers exposed to heavy metals, more females are born, just as more females are born in periods of economic crisis or famine and among mothers than before. of the pregnancy were victims of traumatic events.

Ultimately, according to OH baby !, the common trait of all this research is that, while the birth rate is normally 100 girls for every 125 boys, in the presence of difficult environmental conditions the proportions change in favor of the weaker sex: little money, little food, stress and pollution (in addition to decreasing the general fertility rate, which is therefore compromised) bring the ratio to 100 girls for every 105 boys. The explanation is that the "weaker sex" is actually much less fragile when it comes to adapting to difficult living conditions: females, in fact, at birth weigh on average 100 grams less than males, and need fewer nutrients to stay in life and to grow in health. (It might interest you: is it possible to influence the sex of the unborn child?)

Read also: Is giving birth to a boy more painful? TAG:
Pulse oximeter and children, how to use it correctly ❯

add a comment of Will it be male or female? Here's how to find out