William and Kate are expecting their second child 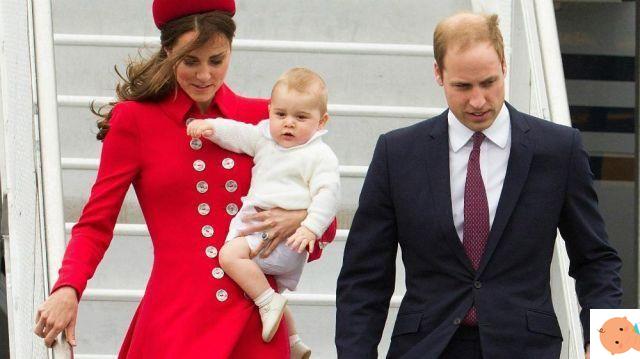 A year after the birth of the first child George, Kate Middleton is pregnant again. The official announcement was made by Clarence House, residence of the unborn child's grandfather, Prince Charles: "Their royal heights the Duke and Duchess of Cambridge are delighted to announce that the Duchess is expecting her second child. The Queen and members of both families are delighted by the news. "

So George will soon have a little brother or sister to play with. Pregnancy, however, for Kate is not all roses: "As for her first pregnancy - reads the official note - the Duchess suffers from hyperemesis gravidarum (uncontrollable nausea and vomiting that cause dehydration and acidosis, ed), so he will not accompany the Duke of Cambridge on official occasions ". In fact, the doctors prescribed "rest at Kensington Palace" for Prince William's wife.

Here is another official shot for the first birthday of William and Kate's son, who organized a party for the event in the family's apartment in Kensington Palace

During her first pregnancy, the news that Kate was pregnant was given in advance due to a hospitalization to treat the Duchess, who even then suffered from hyperemesis.


Meanwhile, the whole of Great Britain is looking forward to the arrival of the stork.

Kate and William return home to Kensington Palace with the future heir to the throne in their arms. New parents are the portrait of happiness. "He looks like Kate, thankfully", he joked ...

TAG:
Wimmelbuch, books without words but rich in detail ❯