X-linked adrenoleukodystrophy: how it occurs in children 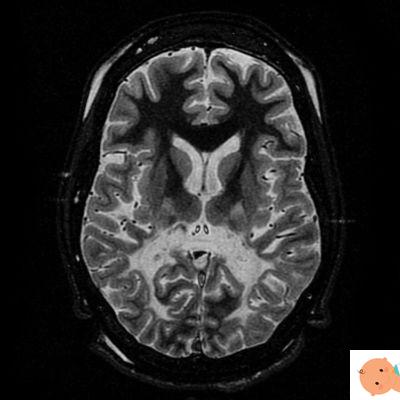 What is X-linked adrenoleukodystrophy

"X-linked adrenoleukodystrophy is a rare degenerative genetic disease. It mainly affects the nervous system, with progressive destruction of myelin, the substance that lines the nerves, and the adrenal glands," explains Dr. Rounded. Those who suffer from it, therefore, undergo the progressive deterioration of the nervous system and endocrine glands. Exist three types of adrenoleukodystrophy with different symptoms and ages of onset.

About 40% of males who carry the gene mutation that causes X-linked adrenoleukodystrophy develop, typically between the 3 and the 12 years, the most severe form, that is, the cerebral one. "There brain form of X-linked adrenoleukodystrophy it affects children in childhood and is the most severe form of the disease. This pathology, which affects only males, initially causes behavioral and learning disorders, followed by impaired vision, hearing and movement "explains Dr. Tonduti.

L'evolution of the disease unfortunately, it is very serious because with the passage of time the people who are affected lose postural skills: that is, the ability to control sitting position, standing and autonomous walking is lost. In addition, epileptic seizures may also appear.

Furthermore, as we said above, X-linked adrenoleukodystrophy not only affects the nervous system, but also the adrenal glands, whose job is to secrete some hormones essential for the functioning of the organism. Damage to the adrenal glands, often preceding neurological damage, can cause hormonal problems or forms of adrenal insufficiency.

In terminal phase the disease leads to the autonomic state.

"Adrenomyeloneuropathy is one milder form of the disease which mainly affects men between 20 and 30 years of age, but which can also affect women, although in an even milder way "explains Dr. Tonduti, who then adds" this form of adrenoleukodystrophy manifests itself with appearance of walking disorders (stiffness and weakness of the legs), disorders of the genital and urinary systems and neurological disorders ".

The third form of the disease occurs with adrenal insufficiency, but typically without neurological involvement. It can appear in childhood or adulthood.

As indicated by the Rare Diseases Observatory, this form of the disease manifests itself with:

Read also: Neonatal Genomic Screening Could Save Us From Genetic Diseases

"Symptoms of X-linked adrenoleukodystrophy appear to be linked to a abnormal accumulation of very long-chain fatty acids in some cells of the nervous tissue - explains Tonduti - these fatty acids accumulate inside the cell, damaging it ". The disease is caused by mutations of the ABCD1 gene,located on the X chromosome and responsible for the production of a protein (ALD) that allows the elimination of very long-chain fatty acids.

"Since adrenoleukodystrophy is one hereditary disease with X-linked recessive transmission, is transmitted by carrier mothers "specifies Dr. Tonduti of the Complex Operative Unit of Pediatric Neurology of the Buzzi Hospital in our city. males, who inherit only one X chromosome from their mother, are affected by the disease, while females are healthy carriers or develop a milder form of peripheral neuropathy late.

Only in very rare cases, mutations in the ABCD1 gene can occur spontaneously in an individual (de novo mutations) instead of being inherited from the parents.

How the diagnosis takes place

Diagnosis of X-linked adrenoleukodystrophy is based on clinical observation and is typically supported by instrumental examinations, such as MRI, and from blood analysis for dosing very long chain fatty acids.

Very often, however, the diagnosis of X-linked adrenoleukodystrophy occurs later than the onset of symptoms and this influences the therapeutic possibilities.

Read also: How to face the risk of a genetic disease, the advice of the psychologist

Newborn screening for adrenoleukodystrophy is underway in Lombardy

From 2022 September XNUMX all children born in Lombardy have the opportunity to undergo the neonatal screening also for X-linked adrenoleukodystrophy. This thanks to a pilot project funded by the Ministry of Health and coordinated by Dr. Davide Tonduti in collaboration with the Department of Pediatrics and the Complex Operative Unit of Neonatal Screening and Metabolic Diseases.

"The goal is to identify infants with X-linked adrenoleukodystrophy so as to be able to evaluate if and when it is more appropriate to start treatment based on hematopoietic stem cell transplantation "explains Dr. Tonduti.

The project also provides for the care of newborns who tested positive for screening at the COALA center (Hospital Center for Assistance and Treatment of Leukodystrophies and Associated Conditions).

Furthermore, the method could also allow to identify some patients suffering from other pathologiessuch as Aicardi-Goutières syndrome and Zellweger spectrum diseases. "These are very severe leukodystrophies that affect the nervous system", explains Tonduti, coordinator of the COALA Center.

Read also: Neonatal screening: at least 7 other diseases are to be added to the national list

What are the treatment options available

"For X-linked adrenoleukodystrophy today there is only one therapeutic option: hematopoietic stem cell transplantation - explains Dr. Tonduti - the problem is that this type of treatment, which manages to block the disease in the phase in which it is finds, is reserved only for cases where a very early diagnosis can be made, in the pre-symptomatic phase". In short, since the transplant allows to block the disease, if it is performed in a pre-symptomatic phase, children they do not develop the brain form and they can lead a normal life. This is why newborn screening is so useful and should be extended to the rest of the country as well.

Unfortunately, as we said above, the diagnosis is often made late and this compromises the possibility of carrying out the transplant. "When the clinical signs are present, it means that the disease is already at a too advanced stage to be able to carry out the stem cell transplant and then one can only intervene with a supportive symptomatic therapy".

The greatest hopes currently lie in gene therapy as an alternative to stem cell transplantation.

Sources used for the article:

TAG:
Plane in pregnancy: all the tips ❯

add a comment of X-linked adrenoleukodystrophy: how it occurs in children