Yolk sac: what it is, what it is used for and when it is seen 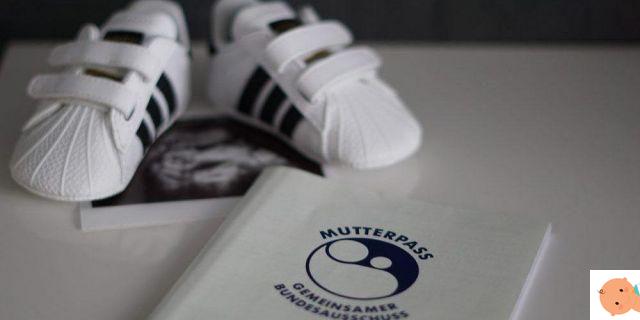 It is the first "little house", the first warm shelter of our child, the first nourishment that will allow him to develop and grow. It has a name that may seem strange, even funny: it is the yolk sac. Together with the presence of the gestational chamber, she gives us the wonderful news: the pregnancy has begun. Let's get to know him better.

What is the yolk sac

The yolk sac is the first visible component within the gestational chamber. It is filled with a liquid (called yolk fluid) that serves to nourish the embryo. It can typically be seen around the fifth week of pregnancy, even before the embryo is even there. It appears as a pear-shaped blister and grows about a millimeter per week. Around the 5,5th week of pregnancy it measures about XNUMX millimeters.

How the yolk sac works

As we said, the yolk sac serves to nourish the embryo and, at the same time, gives rise to the first blood cells and to the germ cells. The blood is conveyed to the wall of the yolk sac from the primitive aorta and subsequently passes from the vitelline veins to the heart tube of the embryo. This circle constitutes the so-called yolk circulation, through which the nutritional material is absorbed by the yolk sac and carried to the embryo which can then develop.

Yolk sac: when it forms

The yolk sac begins to form inside the gestational chamber - which is the place that will house the baby - two weeks after the embryo is implanted in the uterus. It grows up to the tenth week of gestation, and then progressively shrinks and disappears around the twelfth week of pregnancy. At that point the placenta is fully functional and it will be she who feeds the fetus (from this moment we no longer speak of an embryo).


How the yolk sac is modified

Over the weeks, the yolk sac changes.

Empty calf sac: what it means

After a positive pregnancy test, the first ultrasound is very important. It serves to establish that the pregnancy exists, that it is implanted in the uterus and not in some other location (ectopic or extrauterine pregnancy), the possible number of embryos, to define an estimated date of birth, etc. It may happen that during the first ultrasound, the gestational chamber and the yolk sac are seen, but not the embryo. Why? There are generally two reasons for this:

Even in the most regular cycles it can happen that fertilization occurs late. Just remember, for example, that spermatozoa remain viable inside the uterine cavity for several days, so fertilization does not necessarily occur on the day of sexual intercourse. In this case, the gynecologist will repeat the ultrasound one week later to see if the situation changes and the embryo has developed. In addition, he could prescribe a beta check every two days to evaluate its progress. If they do not or grow little, the pregnancy may have ended.

In the second case, however, we speak of anembryonic pregnancy, also called "light egg". Fertilization occurs regularly, on the ultrasound examination there are gestational chamber and yolk sac, but the embryo does not develop. It is considered a miscarriage.

It may happen that, during the ultrasound, the operator realizes that the size of the yolk sac is abnormal, or too large or too small. In both cases it is not certain that the outcome of the pregnancy will be bad. However, it must be said that often the pregnancies that do not go on are characterized by a rather large yolk sac.


When he is small, the gynecologist will perform a new ultrasound a few days later to see if the situation has changed. If the yolk sac stays the same size there is probably something wrong.

This expression indicates an accumulation of fluids inside the yolk sac. As with the increased size of the sac, this may not mean anything in particular. Very often, however, the dropsy yolk sac is found in cases of spontaneous abortions.

The yolk sac can give some indication of twin pregnancy. For example, this could be identified by the presence of two gestational chambers with two calf sacks (bicorical pregnancy biamniotic) or a single gestational sac with two sacs (monochorionic and biamniotic pregnancy).

add a comment of Yolk sac: what it is, what it is used for and when it is seen