Zika and pregnancy: everything you need to know for holidays in risky countries 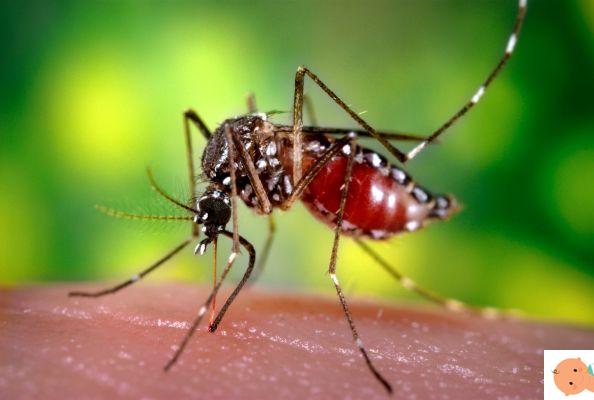 The countdown for the Rio de Janeiro Olympics has already begun, with the inauguration ceremony set for August 5th. The country, however, is one of those at risk of Zika

: indeed, it is precisely the one from which the emergency linked to this virus transmitted by mosquitoes, very dangerous during fetal life, started. In fact, if a woman contracts it during pregnancy, the risk of neurological malformations and anomalies increases for the baby.


What to do, then, in view of the Games and the summer holidays? Is it possible to go to countries where the virus is present, or better to avoid? For the World Health Organization (WHO) there is no doubt: pregnant women must avoid risk areas, while those who plan to expand their family can go there, but postponing the search for a pregnancy for a few months. The indication is of practicing safe sex - or abstaining altogether - for at least two months after returning from a country at risk. However, if a man returning from an affected country has exhibited symptoms of the disease, he should abstain or use a condom for at least six months.

Let's see all the information on the virus and the advice on how to avoid it provided by the WHO.

What is Zika and how is it transmitted

Zika is a virus of African origin that is transmitted through mosquito bites infected of the genus Aedes - to be clear, it is the one to which the tiger mosquito belongs - also responsible for the transmission of diseases such as dengue, yellow fever and chikungunya.

Very often the infection is completely asymptomatic: whoever gets the virus does not even notice it. Other times there may be mild symptoms such as fever, rash a few days after being stung by an infected insect, conjunctivitis, muscle and joint pain, general feeling of tiredness. These symptoms usually last a few days to a week at most and can be treated with pain relievers and antipyretics if needed.

Despite the infection being asymptomatic or with mild symptoms, the virus is still dangerous for adults, because can cause Guillain-Barré syndrome, a neurological disease due to the affected person's immune system attacking the person's nerves. It is a rare disease, often without consequence even in the most severe forms. Sometimes, however, it can lead to paralysis or even death.

In the countries affected by Zika, an increase in cases of the syndrome has been observed: the investigations conducted have led to the conclusion that the virus can actually cause the disease. It doesn't mean that all people who contract it will get sick, but that for them increases the risk of it happening.

Risk of malformations for fetuses

The other big problem related to the virus concerns pregnant women: expectant mothers can transmit Zika to the fetus, with possible important consequences for the child. It is now proven, in fact, that the virus can cause microcephaly, a malformation characterized by a significant reduction in the size of the skull and brain, which may be associated with mental retardation or conditions such as epilepsy and paralysis.

Not only that: the most recent studies seem to indicate that exposure in utero to the virus can also lead to other congenital anomalies, such as malformations of the face, spasticity, epilepsy, eye problems, so much so that we are beginning to talk about a congenital virus associated syndrome.

Even in this case, it does not mean that all women who contract the virus during pregnancy will give birth to sick children: however, there is a risk. And for this very reason, those who are expecting a baby should avoid countries at risk and those who seek it or do not exclude a pregnancy should try to avoid getting pregnant during a trip to these areas, or in the weeks immediately following your return. There is in fact the possibility that the pregnancy will start while the infection is in progress.

There are currently 60 countries in which active transmission of the virus from infected mosquitoes is documented. They are found mostly in Central and South America, but also in Southeast Asia and the Pacific islands.


With Brazil right at the center of the Zika emergency, the problem has obviously arisen: wouldn't it be better to move the venue to prevent the virus from spreading further from Rio de Janeiro? On May 28, the World Health Organization expressed itself on the issue, declaring that "canceling or moving the location of the 2022 Olympic Games will not significantly alter the international spread of the Zika virus". Brazil, moreover, is only one of the more than 60 countries and territories in which the transmission of the virus from mosquitoes is documented: all countries where people continue to travel in any case.

Protect yourself from mosquito bites

To avoid transmission by infected mosquitoes, try to avoid bites. Some simple tips can help:

How to reduce the risk of sexual transmission

To avoid the risk of sexual transmission, the best strategy - in addition to the obvious abstention from intercourse - is theuse of condoms, the only contraceptives that guarantee a physical barrier against viruses. This is crucial both for pregnant women - who may not have gone to countries at risk but have companions who have been there even for a short period: protected relationships should last throughout the pregnancy - both for those looking for a child, or in any case does not exclude a pregnancy. In this case, safe sex should be practiced for the entire duration of the trip and for at least 8 weeks after returning, to avoid the risk of becoming pregnant when infection is still possible.

Men returning from an affected country who have experienced typical symptoms of the infection (fever, rash, joint or muscle pain, conjunctivitis), they should abstain or practice safe sex for at least 6 months.

Aside from pregnant women, anyone who dreams of going on vacation to a Zika-risk country or cheering for their team in Rio de Janeiro can do so, with some precautions to avoid infection. However, if you strongly desire a child and do not want to wait any longer to look for him, it is better to change your destination. TAG:
Sugar and sweeteners in pregnancy: how to behave? ❯

add a comment of Zika and pregnancy: everything you need to know for holidays in risky countries